Inspired by the flavors of a loaded baked potato, we put together the ultimate stick-to-your-ribs kind of soup. Tutta Bella's Potato Gnocchi is simmered with bacon and cheddar cheese in a rich, creamy broth, then topped with chives and a dollop of sour cream. It's comfort food in a bowl. 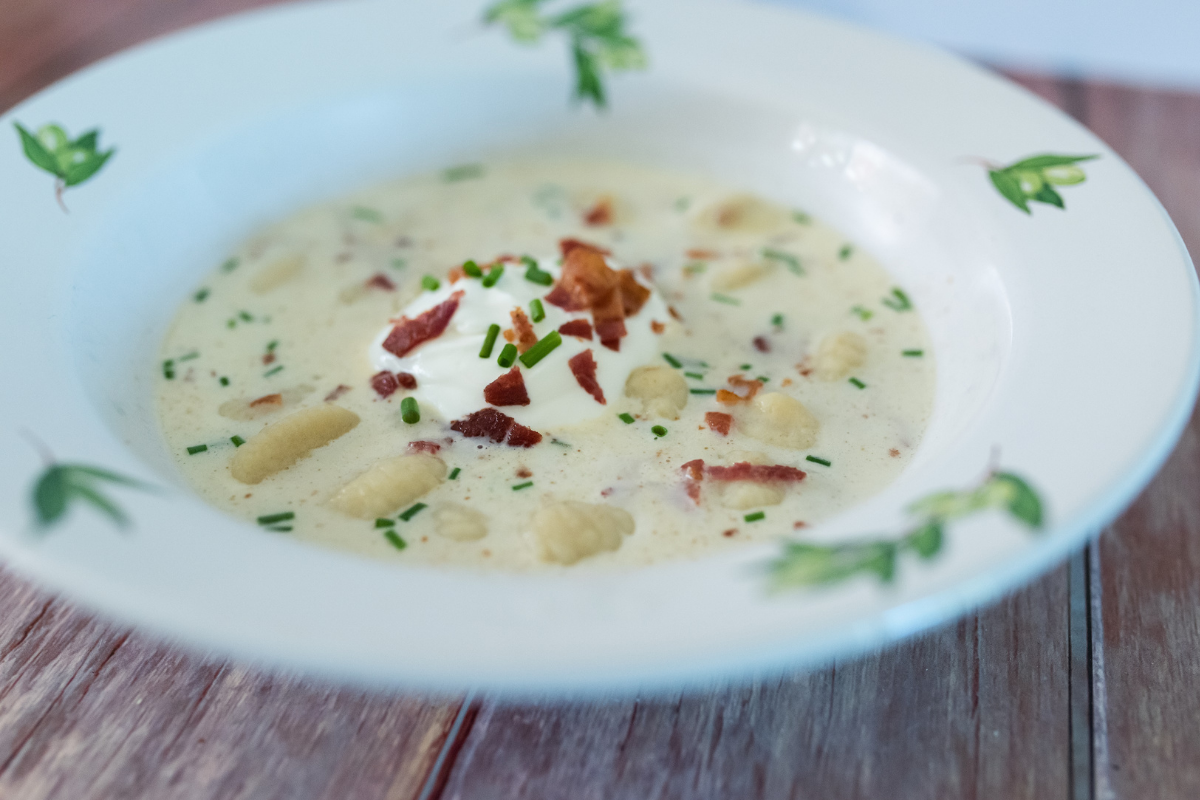 Heat a 3-to-4 quart pot (preferably heavy-bottomed) over medium-high heat until water sizzles when dropped in the pot.

Cook bacon until crispy, then remove from pan to cool. Reduce heat to medium, and add onion. Stir until soft, and add garlic. Stir constantly until garlic is fragrant. Add about a half cup of the stock to the pan to deglaze, scraping the bottom of the pan to break up the browned bits. Pour in the rest of the stock and bring it to a low boil.

While the stock is coming to a boil, chop the cooled bacon into small pieces. When stock is at a low boil, add the gnocchi and cook for 3 minutes (just short of done). Add salt and pepper to taste, then stir in heavy whipping cream.

Reduce heat to low, and stir in cheese until melted and incorporated into the broth. Stir in fresh chives and half the chopped bacon. Remove from heat and serve with additional chives, bacon, cheese, and a dollop of sour cream. Enjoy!